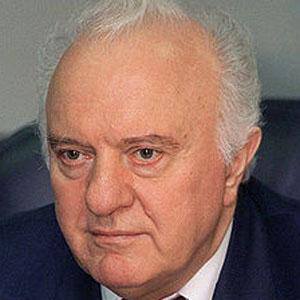 He joined the Communist Party of the Soviet Union at age 20.

He was driven out of the Georgian presidency in the 2003 Rose Revolution.

He has two children with wife Nanuli Shevardnadze.

He served as the Minster of External Relations under Mikhail Gorbachev.

Eduard Shevardnadze Is A Member Of