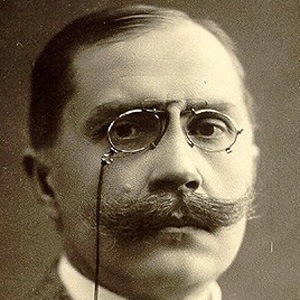 Renowned Estonian writer of the late Nineteenth and early Twentieth centuries. His revered works include The War in Mahtra and The Milkman from Maekula.

His first novel, Musta Mantliga Mees, was published in 1886. The work was followed in 1888 by Kuhu Paike ei Paista.

His literary works touch on themes of socialism and materialism.

He was raised on his father's farm in Pudivere, Estonia. He traveled widely throughout his life.

He and poet Juhan Liiv were both natives of Estonia.

Eduard Vilde Is A Member Of