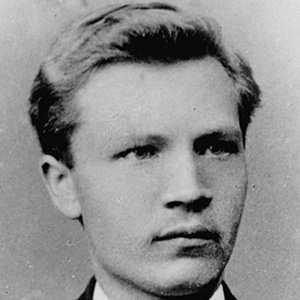 Estonian poet and author who rose to literary prominence during the late nineteenth century. His best-known poems include "I Saw Estonia Yesterday," "Snowflake," and "The Axe in the Forest."

He studied journalism at Tartu University. He published his debut literary work, a short story, in 1894.

His first successful literary work, "Vari" ("The Shadow"), foreshadowed the gloomy atmosphere and dark thematic content of his later work.

He was raised by a poor family in the village of Alatskivi, Estonia.

He was a contemporary of renowned American poet Robert Frost.

Juhan Liiv Is A Member Of