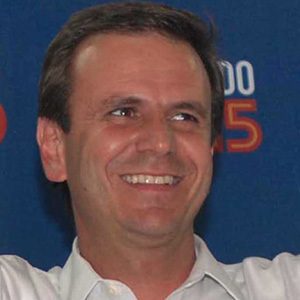 In August of 2012 at the Summer Olympics closing ceremony, he was given the Olympic flag by Jacques Rogge.

He married Cristine Paes and together they have two children.

He was honored alongside Boris Johnson at the 2012 Summer Olympic Games.

Eduardo Paes Is A Member Of