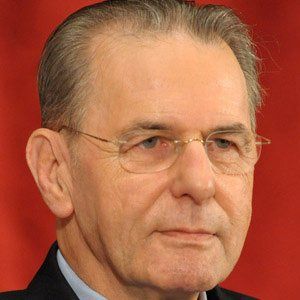 Athlete and former Olympian who became the eighth president of the International Olympic Committee.

He attended the University of Ghent where he was trained as an orthopedic surgeon. He competed in yachting at the 1968, 1972, and 1976 Summer Olympics.

He was listed as No. 67 in Forbes Magazine's rankings of the 68 most powerful people in the world in 2011.

He fathered two children with his wife Anne.

His duties as IOC president brought him into contact with many world leaders, including David Cameron.

Jacques Rogge Is A Member Of