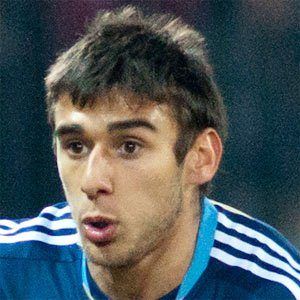 Argentine soccer player who won UEFA Europa League titles with Atletico Madrid in 2010 and 2012. He later won a Primeira Liga title with Benfica in 2014.

He played for the Argentine Under-20 team for the 2009 South American Youth Championship in Venezuela.

He is the sixth of seven children born his parents. He has been in a relationship with Magali Aravena and they have two children together.

He has been managed by Jorge Jesus on Benfica.

Eduardo Salvio Is A Member Of