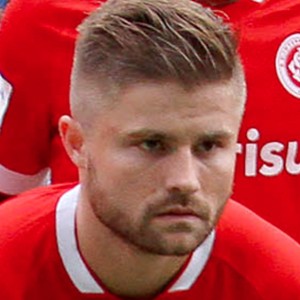 Brazilian professional football player who is known for his work as a forward for several different clubs including Santos and Internacional. He is best known for having won the Campeonato Gaucho championship during the 2011 and 2014 through 2016 seasons.

He started his youth career in 2007, playing for the youth squad of the Internacional club. He then made his senior debut for the club in 2010. He was loaned out to both Goias and Santos before he chose to join the Santos club as a professional in 2018.

He is known for having won the Campeonato Goiano championship during the 2013 season as part of the Goias club.

He was born and raised in Porto Alegre, Brazil. He is also known for having married Manu Bitenco.

He played alongside Ricardo Goulart on Internacional.

Eduardo Sasha Is A Member Of