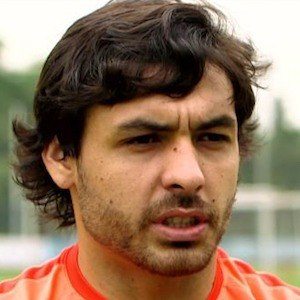 Attacking midfielder who joined Guangzhou Evergrande in 2015. He has more than 300,000 followers on his ricardogoulart11 Instagram account.

He was called up to the Brazilian national team for two games in 2014.

His parents are Vitor Gomes Pereira and Rose Goulart. He married Diane Monique Aguilar Goulart in 2009.

He and Oscar have both played for the Brazilian national team.

Ricardo Goulart Is A Member Of