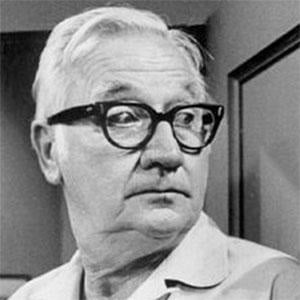 Actor who wore signature horn-rimmed glasses and gained fame for his role as Howard Baker in Sixteen Candles. His other credits include Son of Flubber, How to Frame a Figg, and Gremlins.

He watched stage shows as a child, and at age 12 got a walk-on role in a local production.

He played roles in dozens of films and television shows, from Send Me No Flowers with Doris Day, to Summertime, with Katharine Hepburn.

He grew up in Griffin, Georgia.

Rock Hudson starred in one of his many films, the 1964 version of Send Me No Flowers.

Edward Andrews Is A Member Of