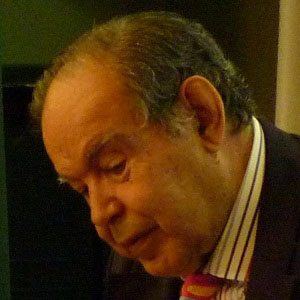 Famous for coining the term "lateral thinking," this Maltese-born doctor and author published dozens of popular books on the topics of logic and mental processing, including Six Thinking Hats (1985); The Mechanism of the Mind (1969); and New Thinking for the New Millennium (1999).

By 2015, his popular books had been translated into close to forty languages.

He was born and raised in Malta, and he later taught in England, the United States, and Ireland.

De Bono's theories and publications have been harshly criticized by the prominent psychologist Robert Sternberg.

Edward de Bono Is A Member Of