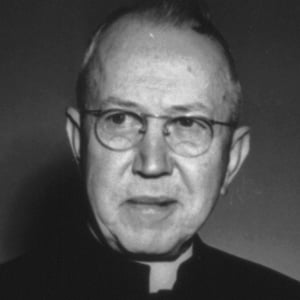 American Cardinal of the Roman Catholic Church who served as Archbishop of Detroit from 1937 to 1958.

He moved from Maryland to Ohio when he was five years old.

He served the Church as the Apostolic Delegate to Japan from 1931 to 1933.

His mother operated a small bakery in Youngstown, Ohio.

He delivered the benediction at the inauguration of President Dwight Eisenhower.

Edward Mooney Is A Member Of