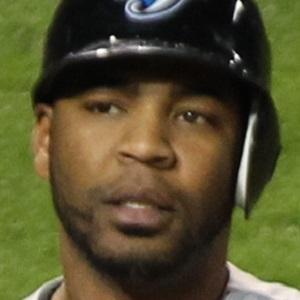 Dominican-American first baseman who became one of the MLB's top power hitters during his time with the Toronto Blue Jays, hitting over 30 home runs five straight seasons from 2012 to 2016. Prior to the 2017 season, he signed with the Cleveland Indians.

He was selected by the Texas Rangers in the ninth round of the 2000 MLB Draft.

He became an All-Star for the first time during the 2013 season.

He was born in the Dominican Republic to Mireya Rivera and Elpidio Encarnación. He has two brothers and a sister.

He and fellow slugger Jose Bautista combined to form one of the top power-hitting duos in the major leagues for the Blue Jays.

Edwin Encarnación Is A Member Of