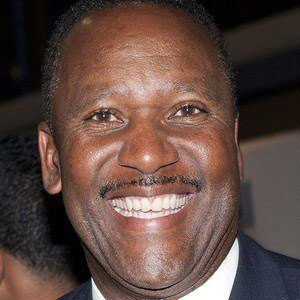 MLB outfielder best known for hitting a walk-off home run to win the 1993 World Series for the Toronto Blue Jays.

He was named the best collegiate baseball player in the country by The Sporting News in 1981.

He was a 5-time All-Star and 2-time Silver Slugger Award winner across his 16-year career.

He and his wife Diana raised three children: Kia, Ebony and Jordan.

He became the second player to hit a walk-off home run to win a World Series, 23 years after Bill Mazeroski first achieved the feat with the Pittsburgh Pirates.

Joe Carter Is A Member Of