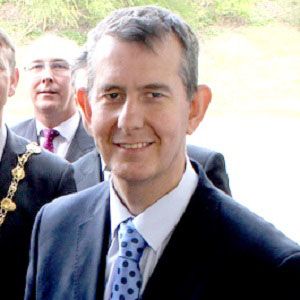 Before launching his political career, he studied at the Greenmount Agricultural College and worked as a farmer. Before being elected to his country's national assembly, he served on the Lisburn City Council.

A member of the Free Presbyterian Church of Ulster, he publicly expressed his disbelief in the theory of evolution.

He is the son of politician Charles Poots; the husband of Glynis Poots; and the father of four children.

Edwin Poots Is A Member Of