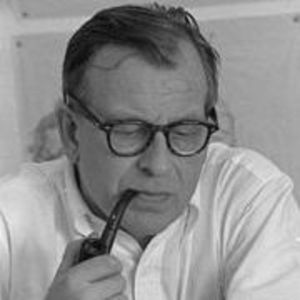 He developed a close friendship with fellow designers Charles and Ray Eames while attending school at the Cranbrook Academy of Art, where his father was a teacher. He began studying sculpture in 1929 at the Académie de la Grande Chaumière in Paris, France. He also attended the Yale School of Architecture until 1934.

He and his father designed the Crow Island School in Winnetka, Illinois, which became the inspiration for similar designs for decades to come; they were widely acclaimed for their proposal for the mall in Washington, D.C.

He was born in Finland to the famed architect Eliel Saarinen. He and his father moved to Bloomfield Hills, Michigan, when he was 13. He was named a naturalized citizen of the United States in 1940. He fathered two children, Eric and Susan, with sculptor Lilian Swann Saarinen. He married his second wife, The New York Times art critic Aline Bernstein Louchheim, in 1954, with whom he fathered a son, Eames.

He and his family were friends with fellow famed architect Florence Knoll.

Eero Saarinen Is A Member Of