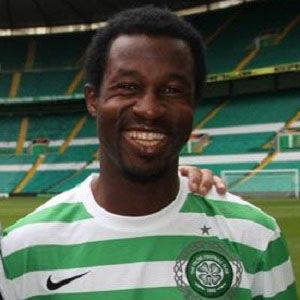 Soccer player who began playing with Celtic FC in Scottish Premiership in 2012. He won consecutive titles with the team in 2013 and 2014.

He was born in Kaduna, Nigeria and began his professional career in 2006 with Kaduna United.

He has become famous for doing multiple somersaults every time he scores a goal.

He has played with Leigh Griffiths as a member of the Celtic FC.

Efe Ambrose Is A Member Of