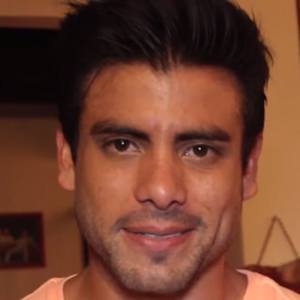 Actor, model, and musician most well known for his roles in 2007's Solteros sin compromiso and La Panaderia. He has also had roles in ¡Así pasa! and 3 Familias.

During his youth he was an active soccer player. He would eventually earn a degree in commercial engineering at the University of the Pacific.

Outside his acting career, he has performed as a bassist for the rock band Rokket. He was previously a member of the quartet Equilvre.

He was born and raised in Guayaquil, Ecuador. He was in a relationship with TV presenter Alejandra Jaramillo.

Efraín Ruales Is A Member Of