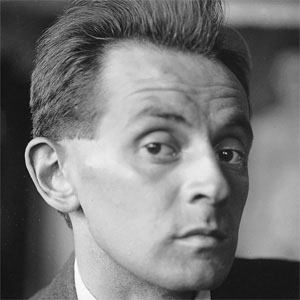 Austrian Expressionist painter known for his dramatic sketches and self-portraits. His best-known works included "Seated Woman with Bent Knee," "Death and Maiden," and "The Family." He was considered one of the greatest figurative painters of the early 20th century.

He attended the School of Arts and Crafts in Vienna. His exceptional talent prompted the faculty to send him to the Akademie der Bildenden Künste, where he was taught by the famed Christian Griepenkerl.

He was mentored by the famed Gustav Klimt, through whom he met Secessionist Wiener Werkstätte. His first exhibition was held in 1908 at Klosterneuburg.

His father was Adolf Schiele and was employed as the station master at the Tulln station in the Austrian State Railways. He married Edith Harms on June 17, 1915.

He was influenced by the work of Vincent Van Gogh.

Egon Schiele Is A Member Of