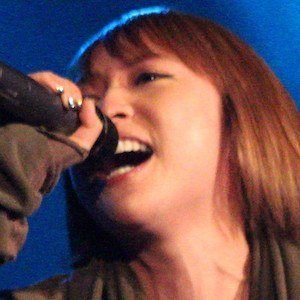 She formed a band while she was in high school to kick off her singing career. Her debut single "Memoria" was featured as the first ending theme song of the 2011 anime series Fate/Zero.

Other singles of hers have been featured in the animes Sword Art Online, Kill la Kill OP, Aldnoah.Zero, The Heroic Legend of Arslan : Dust Storm Dance and more.

She is originally from Sapporo, Hokkaido, Japan.

She and Luna Haruna are both J-pop artists whose music has been featured in anime series.

Eir Aoi Is A Member Of