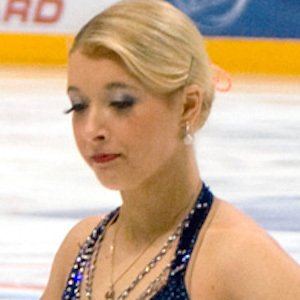 Russian ice dancer who has experienced great success alongside her longtime skating partner Dmitri Soloviev. With him, she has become a multiple-time Russian national champion, a European champion and a World Junior Champion.

She began skating in 1994. She teamed up with Soloviev in 2000, training under the tutelage of coaches Elena Kustarova and Svetlana Alexeeva.

In 2016, she was suspended after testing positive for the banned substance meldonium. The suspension was later lifted by the World Anti-Doping Agency.

She got engaged to pair skater Andrei Deputat.

She bested Nikita Katsalapov at the Russian Figure Skating Championships three straight years from 2012 to 2014. Katsalapov earned the silver medal in all three years.

Ekaterina Bobrova Is A Member Of