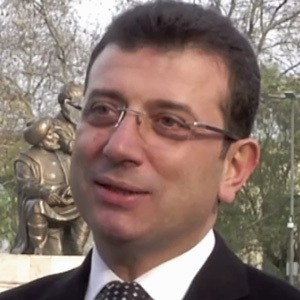 Politician who is predominantly recognized for having served as the mayor of both Istanbul and Beylikdüzü. He was known to have campaigned for both the Republican People's Party and the İYİ Party in Turkey.

He acted as the Vice President of the Trabzonspor B.K. basketball team.

In 2002, he managed the women's soccer team Trabzonspor.

He married Dilek İmamoğlu in 1995.

He and fellow politician Erdogan Gonulluleri were both born in Turkey.

Ekrem Imamoglu Is A Member Of