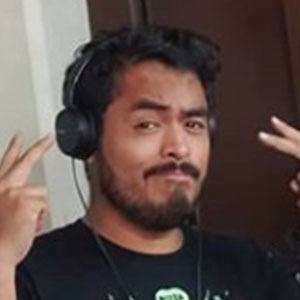 Mexican comedian who is best known for performing standup comedy in various venues throughout Mexico as well as internationally. He is often seen performing while using a cane, which he is known for using.

He began performing comedy after he graduated university.

He has amassed over 220,000 followers to his popular Instagram page. He is known for his various impersonations.

He is a popular Mexican comedian on par with Franco Escamilla.

El Cojo Feliz Is A Member Of