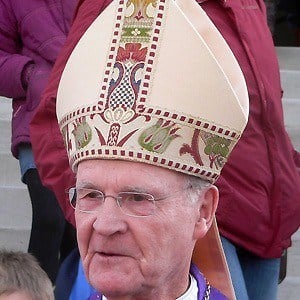 American prelate of the Roman Catholic Church who was the Archbishop of Omaha from 1993 to 2009.

He was a hospital chaplain in Oregon.

During his time as Archbishop he established three parishes, five churches, and six schools within his diocese.

He is of Irish and Slovenian descent on his father's and mother's side, respectively.

He was named the fourth Archbishop of Omaha by Pope John Paul II in 1993.

Elden Francis Curtiss Is A Member Of