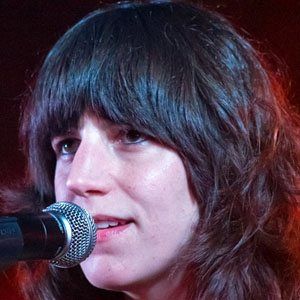 Singer of the indie rock duo The Fiery Furnaces alongside her older brother Matthew Friedberger. She has also pursued a solo career, releasing her first album Last Summer on July 12, 2011.

She would sing songs at a Greek Orthodox Church with her grandmother Olga Sarantos growing up.

She's been featured on a number of fashion websites and has modeled for Miu Miu and Vena Cava.

Her solo debut was released through Merge Records, who have released albums for such artists as Arcade Fire, Spoon, Neutral Milk Hotel and Zooey Deschanel's indie duo She & Him.

Eleanor Friedberger Is A Member Of