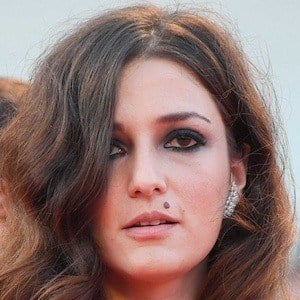 Rose to fame in 2010 after she launched her fashion blog Jou Jou Villeroy. The prolific style blogger gained fame in Italy partnering with brands like Michael Kors, Moschino, Chanel, and countless others. She has gone on to collaborate with numerous publications worldwide.

In 2006, she graduated with a degree in marketing and communication from the European Institute of Design.

She opened the Turin boutique You you Store in 2006 and followed in 2009 by releasing her clothing label What's Inside You.

She was born and raised in Turin, Italy.

In 2016, she graced the cover of the Italian magazine Grazia alongside fellow influencers Chiara Ferragni and Nicole Warne.

Eleanora Carisi Is A Member Of