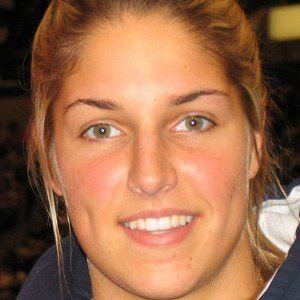 WNBA guard who was drafted 2nd overall by the Chicago Sky in 2013 after a standout career at the University of Delaware.

She was the #1 ranked player and a McDonald's All-American at Ursuline Academy.

She was named the CAA Player of the Year and Rookie of the Year during her first season at the University of Delaware.

She was raised with two older siblings, a brother named Gene and a sister named Elizabeth. She got engaged to girlfriend Amanda Clifton in 2016. They were selected as The Knot's 2017 Dream Wedding couple and got married in November of that year.

She became teammates with Sylvia Fowles on the Chicago Sky in 2013.

Elena Delle Donne Is A Member Of