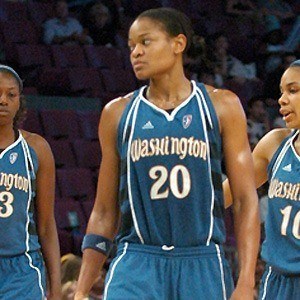 WNBA guard/forward selected 2nd overall by the Washington Mystics in the 2004 WNBA Draft; named to 4 WNBA All-Star games from 2005 to 2009 and joined the Los Angeles Sparks in 2012.

She set the school record for most career points scored at Duke University.

She led team USA to a bronze medal at the 2006 World Championship in Brazil.

She was born to LeRoy and Marie Beard.

In 2012 she joined Candace Parker on the Los Angeles Sparks.

Alana Beard Is A Member Of