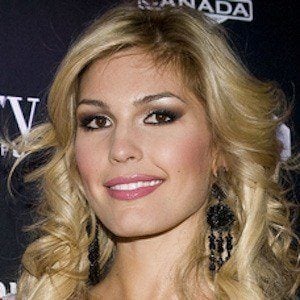 Russian-Canadian model and filmmaker who was 2010's Miss Universe Canada and represented her country at the 2010 Miss Universe. She produced her first movie, Our Man in Tehran, in 2013.

She attended York University, where she studied finance and marketing.

She's also produced the films Brave New Girls and Behind The Dress. Our Man in Tehran was featured at the Toronto International Film Festival.

She was born in what was then Leningrad, USSR. She has a brother named Leonid.

She and Natalie Glebova have both won Miss Universe Canada.

Elena Semikina Is A Member Of