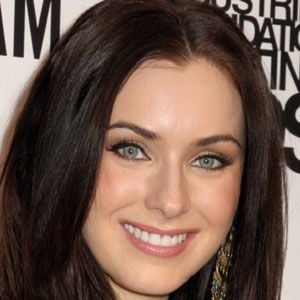 After winning the 2005 Miss Universe Canada pageant title, this Russian-born model was crowned Miss Universe. Also an activist, she spoke out on behalf of HIV and AIDS awareness and generated support and funds for a Thai animal aid society called Soi Cats and Dogs.

During her childhood years, she trained as a classical pianist and became a regional rhythmic gymnastics champion. She went on to earn a bachelor's degree from Ryerson University in Ontario, Canada.

She competed in the third season of The Amazing Race Asia and in the 2012 edition of Dancing with the Stars Thailand.

She spent the first twelve years of her life in Tuapse, Russia (then part of the Soviet Union), and the remainder of her childhood in Toronto, Ontario, Canada. Her marriage to Thai tennis star Paradorn Srichaphan began in 2007 and ended in 2011.

Natalie Glebova Is A Member Of