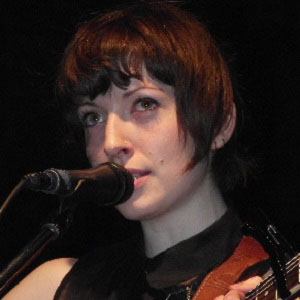 Famous as the founder and frontwoman of the British indie folk group Daughter, she recorded a UK top twenty album titled If You Leave, as well as singles such as "Youth," "Smother," and "Human."

She began her career by performing acoustic gigs at several London venues and went on to study songwriting at the Institute of Contemporary Music Performance.

Her single "Youth" was featured in episodes of Grey's Anatomy and Mistresses.

Born in London to a family of both Irish and Italian heritage, she grew up with an older brother named Kieran. She had a romantic relationship with her Daughter bandmate Igor Haefeli.

She was inspired to pursue a career in music after listening to Jeff Buckley's Grace album.

Elena Tonra Is A Member Of