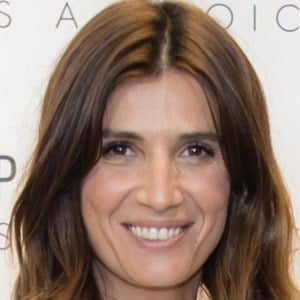 Actress and television presenter who became known to many for hosting the Spanish singing competition Popstars. She later made a name for herself as an actress with roles on television shows like Hospital Central and Acacias 38.

She was raised in Madrid, Spain.

She has been a frequent guest on the game show Pasapalabra.

She married actor Ivan Sanchez. She has children named Olivia and Jimena.

She co-hosted Popstars with Jesus Vázquez.

Elia Galera Is A Member Of