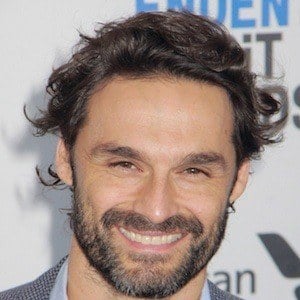 After graduating from school, he came to the realization that he wanted to see the world. Modeling provided him that opportunity in the 1990s. His kicked off his acting career in 2002.

His first Mexican telenovela role was in La Tempestad.

He was born in Madrid. He co-starred alongside his ex-wife Elia Galera in Hospital Central. Together, they have a daughters named Jimena and Olivia. in 2016 he began dating Ana Brenda Contreras.

He beat out Jencarlos Canela to land his role in Lo imperdonable.

Iván Sánchez Is A Member Of