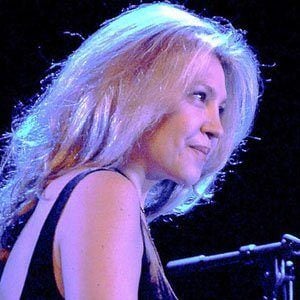 Jazz artist whose numerous tours and recordings gained a devoted following among jazz aficionados and critics.

She toured with poet and entertainer Vinicius de Moraes and singer, guitarist, and songwriter Toquinho for three years, beginning when she was 17.

She was honored as Best New Talent in a 1988 poll of jazz critics by JAZZIZ magazine.

She married bassist Marc Johnson, who became her frequent collaborator. Their album, Shades of Jade, was awarded the 2006 Best Foreign Release Award in Denmark.

Her albums were critically acclaimed, especially the Grammy-nominated 1995 Solos and Duets with Herbie Hancock.

Eliane Elias Is A Member Of