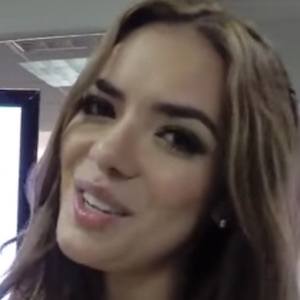 Colombian actress and dancer who is best known for sharing a variety of dancing tutorials and instructions through YouTube for her over 40,000 subscribers. She is also known for her acting work and has appeared in the series Sin Senos Sí Hay Paraíso and Los Morales.

She first began uploading dancing content to YouTube in July of 2014. She then went on to make her television debut as Marina Soler in Las Hermanitas Calle. She earned a law degree.

She is also known for having appeared as a contestant on the television series Protagonistas de Nuestra Tele in 2012.

She shared a photo with her daughter to Instagram in October of 2018. She has a brother named Jhonattan. She began dating singer Anddy Caicedo.

She shared a photo with fellow television actress Stephania Duque to her Instagram in September of 2018.

Elianis Garrido Is A Member Of