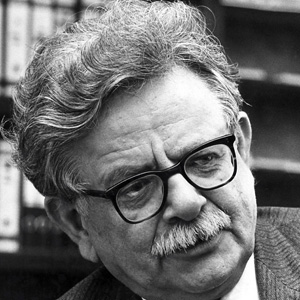 A Bulgarian-born modernist novelist, playwright, memoirist, and non-fiction writer, he received the Nobel Prize in literature in 1981. His best-known works include Die Blendung (a novel), Masse und Macht (a nonfiction work), and four memoirs of his early years in Vienna.

He moved from Bulgaria to Great Britain in 1912. During the 1920s, he lived in Vienna, where he began his career as a writer.

His literary honors include the Prix International, the Franz Kafka Prize, and the Nelly Sachs Prize.

He and his two brothers were the Bulgarian-born descendants of Sephardic Jews. With his second wife, Hera Buschor, Canetti had a daughter named Johanna.

He won the Nobel Prize in Literature the year before Gabriel Marquez received the same honor.

Elias Canetti Is A Member Of