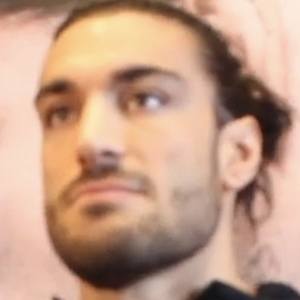 UFC Middleweight division fighter who won The Ultimate Fighter Nations: Canada vs. Australia. He also known as The Spartan or Cardio King.

He attended Meadowvale Secondary School before heading to Humber College to earn a bachelor's degree in creative advertising. In his first year of college, he took up MMA classes as a workout and soon after decided to make that his career.

His first professional fighting loss came after beginning his career 11-0. He lost to Thiago Santos.

He is of Greek descent. He and girlfriend Max Altamuro competed on the third season of The Amazing Race Canada.

He fought and beat Cezar Ferreira to earn his 13th professional victory.

Elias Theodorou Is A Member Of