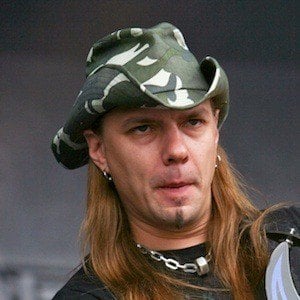 Guitarist and musician most well known as a member of the Finnish power metal band Sonata Arctica. He has also released several solo albums including Taking the Lead, The Leadstar, and Fire-Hearted.

His father introduced him to the guitar in 1983 when he was only eight years old. A year later, he got his first acoustic guitar and by thirteen he'd formed his first band.

He briefly served as a drummer in the band Twilight Lamp. They released the album Grandiose in 1999.

He has stated that if he were not a musician, he would have become a silversmith. He has been married.

Elias Viljanen Is A Member Of