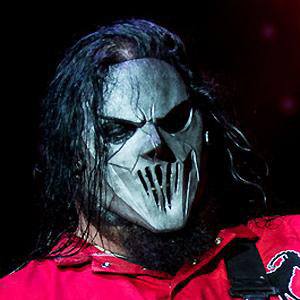 One of the guitarists for the heavy metal band Slipknot. Known to his fans as "Number Seven," he performed on such Slipknot albums as Iowa and All Hope is Gone.

He, Anders Colsefini, Donnie Steele, and Paul Gray all played for Body Pit, a group that later became Slipknot.

He had his nickname "7" emblazoned on all of his guitars and tattooed on his left arm.

He married Stacey Riley in 2012. He and his brother Andrew were both charged with disorderly conduct in 2015 after a fight which resulted in Mick being stabbed in the head.

Mick Thomson Is A Member Of