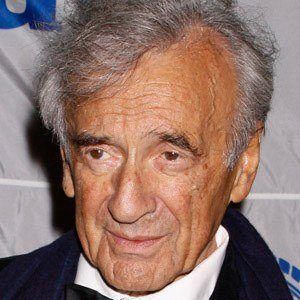 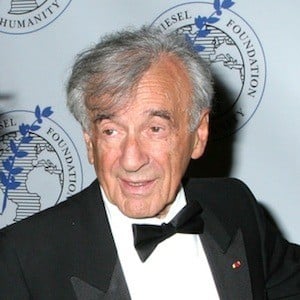 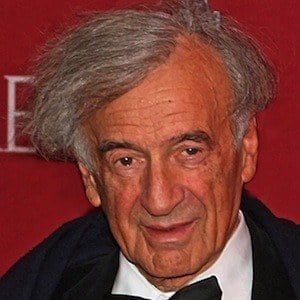 Holocaust survivor whose best known work, Night, details his experiences in the Buna, Buchenwald, and Auschwitz concentration camps. He wrote nearly sixty books and won numerous honors, including the National Jewish Book Council Award for his 1963 work, The Town Beyond the Wall.

Following his traumatic World War II years, he became a journalist for both French and Israeli newspapers. During this period, he also completed a 900-page, Yiddish autobiographical work called And the World Remained Silent.

He received the Nobel Peace Prize in 1986 and the Congressional Gold Medal in 1985.

He had three siblings, one of whom did not survive the Holocaust. He and his wife, Marion, established the Elie Wiesel Foundation for Humanity and they raised a son named Shlomo.

He accompanied Barack Obama on a somber 2009 tour of the Buchenwald concentration camp.

Elie Wiesel Is A Member Of