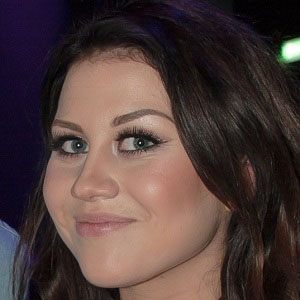 Famous for representing her native Estonia at the 2015 Eurovision Song Contest, this pop vocalist is also notable for her runner-up finish on season five of the reality talent competition Eesti Otsib Superstaari.

Before teaming up with fellow Estonian singer Stig Rasta to perform "Goodbye to Yesterday" at the 2015 Eurovision Song Contest, she competed for the chance to represent her native country in the same event in 2013.

Upon its 2013 release, her single "Miss Calculation" rose to number one on the Estonian Airplay chart.

She spent her early days in Lehtse, Estonia.

She was first discovered by Stig Rasta on YouTube for her rendition of Christina Aguilera's "Cruz."

Elina Born Is A Member Of