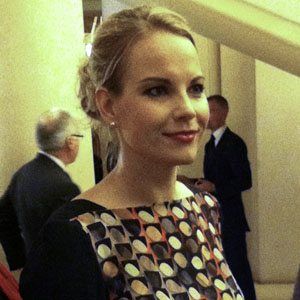 Latvian operatic lyric mezzo-soprano singer who debuted at the Metropolitan Opera in New York City in 2008.

She went to the Latvian Academy of Music in 1996 to study singing with Sergej Martinov.

She recorded the Grammy Award-winning Bajazet conducted by Fabio Biondi.

She married the conductor Karel Mark Chichon and they had a daughter in 2011.

She played the role of Annio in a production of La clemenza di Tito by Wolfgang Amadeus Mozart.

Elina Garanca Is A Member Of