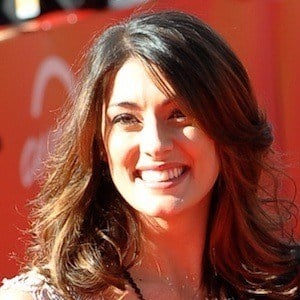 First known for winning the title of Miss Cinema in the 2000 Miss Italia pageant, she went on to host the Rai Uno morning show Unomattina. She also hosted Effetto Sabato and La Prova del Cuoco.

She began her career as a pageant competitor, winning the title of Miss Fragola in 1998. She then went on to compete in the Miss Muretto pageant.

She has appeared on the radio shows Le colonne d'Ercole and I miei e i tuoi for Rai Radio 2.

Her mother's name is Irma. She has dated European parliament member Matteo Salvini.

Both she and Eleonora Pedron have competed in the Miss Italia pageant.

Elisa Isoardi Is A Member Of