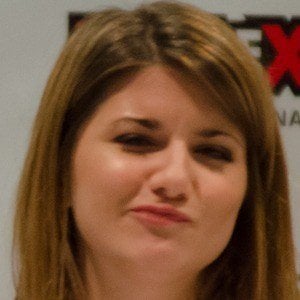 Famous for playing Laura Hollis in the Vervegirl TV web series Carmilla. She is also known for her role as Bunny in the YouTube series Young Badlands.

Before becoming a web star, she appeared in local theatrical productions. She was homeschooled until the 9th grade.

She has earned over 90,000 Twitter followers. She made an appearance in an episode of Letterkenny in 2022.

Born and raised in Canada, she was home schooled for part of her childhood. She has an older brother.

She and Natasha Negovanlis both became known for their roles in Carmilla.

Elise Bauman Is A Member Of