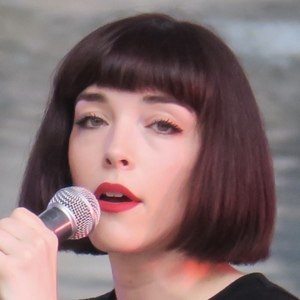 Singer and songwriter who became known for her membership in the band Whale Tooth. She released her debut, self-titled solo EP in 2012.

Her debut single, No Good Woman, was a Canadian Adult Contemporary Radio hit in 2012.

After being discovered at a 2009 Toronto music festival, she signed with Sony/ATV Music.

Fellow Canadian musician Ron Sexsmith wrote some of the tracks on her debut EP.

Elise Legrow Is A Member Of