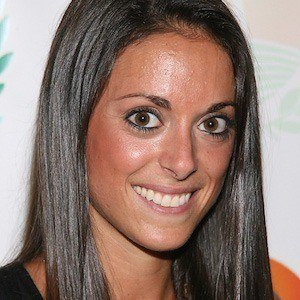 Reality star best known for competing in Survivor: Vanuatu and Survivor: Micronesia in 2004 and 2008, respectively. She is also well-remembered for her time writing Survivor reviews on Reality Nation.

She graduated from Syracuse University in 2005 after her first Survivor stint with a degree in political science and international relations.

She attended Fordham University School of Law and worked for the Legal Aid Society and Onondaga County District Attorney's Office.

She was born in New York City to Susan and Steve Orlins. She has two sisters name Sabrina and Emily.

Eliza Orlins Is A Member Of