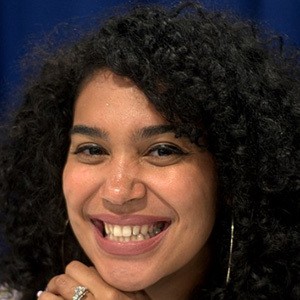 American writer and novelist who is best recognized for having written the New York Times bestselling books The Poet X and With the Fire on High. She is also known for having won the Pure Belpre Aythor Award in 2019 for her focus on portraying Latinx culture and experiences.

She attended The George Washington University where she earned her Bachelor's degree in Performing Arts. She then went on to earn her MFA in Creative Writing from the University of Maryland. She started her career as a participant in the Callaloo Writer's Workshops.

While she was born in New York City, she later settled in Washington, DC with her husband Shakir Cannon-Moye. She shared a photo of her niece to Instagram in June of 2019.

Other winners of the National Book Award in the Young People's Literature category include Lloyd Alexander and Jason Reynolds.

Elizabeth Acevedo Is A Member Of