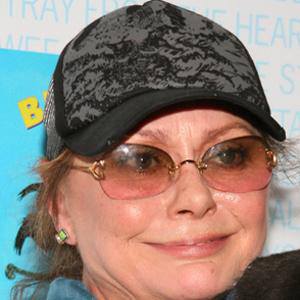 Stage and screen actress who received a Tony Award for her performance in Take Her, She's Mine. Her other Broadway credits include Barefoot in the Park, August: Osage County, and Cat on a Hot Tin Roof.

Born in Florida, she grew up in Baton Rouge, Louisiana.

She received an Emmy nomination for her role in the comedy series Evening Shade.

She married and divorced James Farentino, George Peppard, and James McCarthy. Her son, Christian Peppard, was born in 1968.

She made an appearance on Murder, She Wrote, a television series starring Angela Lansbury.

Elizabeth Ashley Is A Member Of