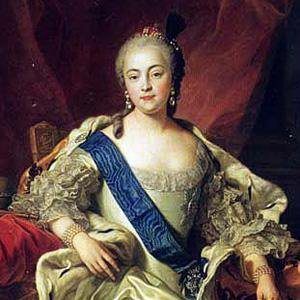 Tsarina Elizabeth of Russia from 1741 to 1762 who greatly expanded the territory of the Russian Empire. She famously led her country into the two major European conflicts: the War of Austrian Succession and the Seven Years' War.

Her betrothed died and her first lover was banished to Siberia.

She encouraged the establishment of the greatest schools and art institutions in the country.

Her parents were Peter I and Catherine I of Russia.

Vanessa Redgrave portrayed her in the 1991 TV miniseries Young Catherine.

Elizabeth Petrovna Is A Member Of