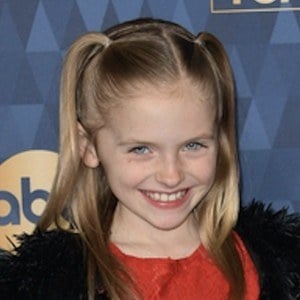 American child actress who rose to fame after appearing on the NBC television series Parenthood. She and her twin sister Mia Allan would work in tandem and play the same character on a series so as not to overwork the individual actress.

She first appeared in an uncredited role on the FX series Sons of Anarchy.

In 2017 she made an appearance on the series Ashley and Red.

Her mother's name is JoeEllen Allan.

She was cast on the series Parenthood which starred Peter Krause.

Ella Allan Is A Member Of