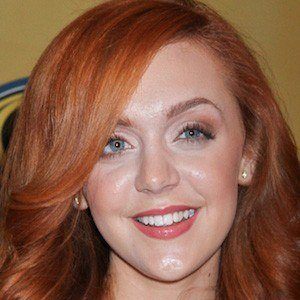 Country music singer who became a breakout star with the release of her 2011 song "Holding Out For a Hero," which was featured on the Footloose soundtrack and whose music video received more than 6 million views on YouTube. In 2014, she took home the top prize in the Unsigned Artist category at the International Songwriting Competition.

She grew up in Walhalla, South Carolina and began writing her own songs at age 7.

She was featured in the 2014 documentary The 78 Project, which was nominated for the Audience Award at SXSW.

She has a younger brother named Jed.

Her music has been publicly praised by country superstar Keith Urban.

Ella Mae Bowen Is A Member Of